The ducting system is operating at ambient temperature for vapor and gases of fertilizing process, which contain corrosive acids such as HF and H2SiF6.

All the straight ducting was manufactured with fabricator’s hoop/chop winding machine, which applies 900 g/cm2 hoop roving (wound at about 87-88o from the pipe axis) over a sprayed 450 g/cm2 chopped roving. The corrosion barriers were in all instances NEXUS synthetic veil and 2X450 g/cm2 CSM, hand applied (resin sprayed) to the mandrel. Most fittings such as swept elbows were hand laid with NEXUS, 450 CSM and 800 bi-directional woven roving. 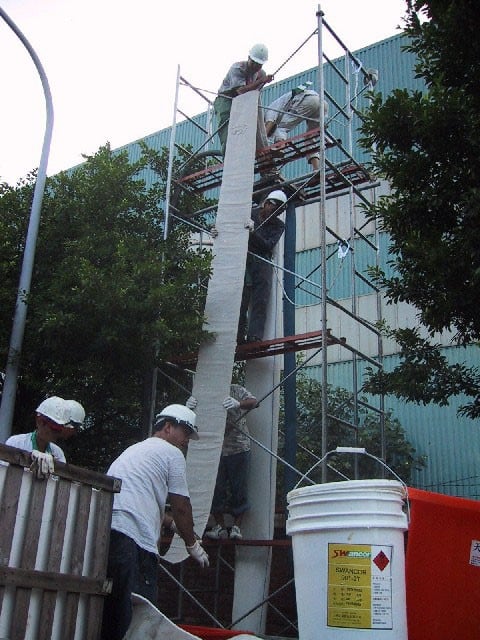 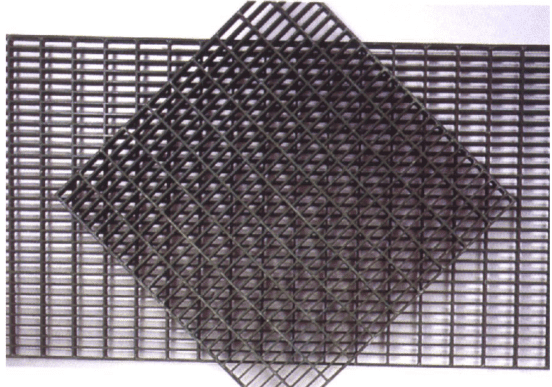 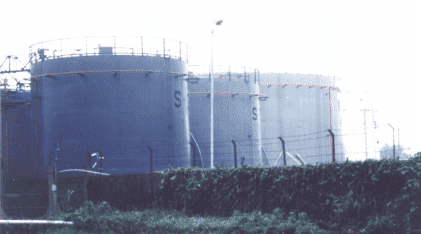